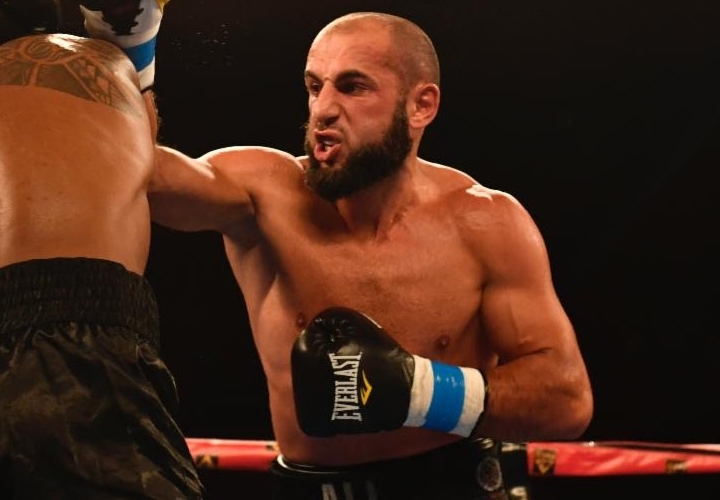 Boxing Tonight live Stream on FOX Sports, FITE TV in the US. Every upcoming fight on US TV & app listed.

In the spotlight stands Ali Izmailov (9-0, 6 KO), one of Dmitry Salita’s prized up-and-comers. The 29-year-old got his first big win in 2020 when he knocked out Ruslan Fayfer, and while he fought just once in 2021, he’s picked up the pace with three victories in 2022 alone.

He faces what looks like his stiffest test to date in Radivoje Kalajdzic (27-2, 19 KO). Though clearly a skilled fighter, “Hot Rod’s” inactivity has held him back from making a real impact. His biggest fights to date were losses, one a bogus 2016 decision to Marcus Browne and the other a very real 2019 knockout to Artur Beterbiev.

“I am excited to make my debut on SHOBOX against a very experienced and proven fighter like Kalajdzic,” said the Salita-promoted Izmailov. “I will bring my toolbox and put it to work on October 21 and show the world why I’m the future of the light heavyweight division.”

Isaiah Steen has agreed to take on another undefeated prospect as part of Showtime’s “ShoBox: The New Generation” series.

This three-bout broadcast will begin with another eight-rounder in which Sean Hemphill (14-0, 8 KOs), a super middleweight prospect from New Orleans, will box David Stevens (11-0, 8 KOs), of Reading, Pennsylvania.

Junior middleweights Marquis Taylor (12-1-2, 1 KO), of Galena Park, Texas, and Detroit’s Marlon Harrington (8-0, 7 KOs) will meet in an eight-rounder that’ll now be part of the non-televised portion of the Izmailov-Kalajdzic undercard, rather than in a televised bout. Showtime will, however, air highlights of the Taylor-Harrington fight.

Taylor fought Philadelphia’s Paul Kroll (9-0-1, 6 KOs) to an eight-round split draw in his most recent bout, which was part of a “ShoBox” broadcast February 18 from Caribe Royale in Orlando, Florida.