Australia‘s George Kambosos will be hoping to turn the tables when he meets Devin Haney at Melbourne’s Rod Laver Arena on Sunday, October 16 (October 15 in the US).

The American claimed a comfortable points victory when the pair met at Marvel Stadium back in June, seeing Haney come away with all four major belts in the lightweight division. 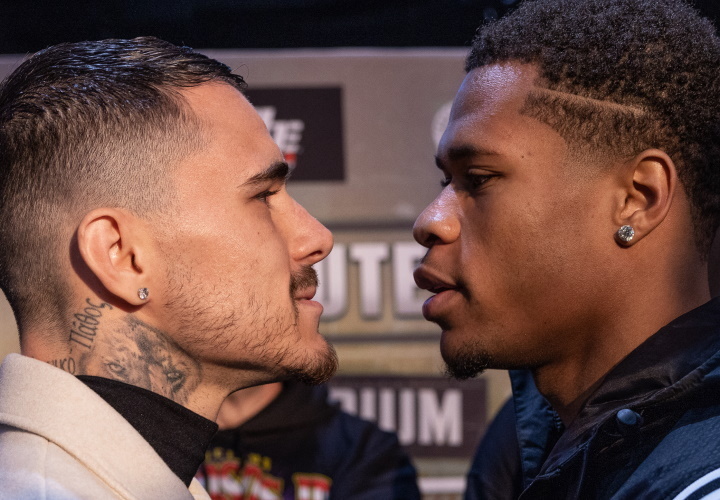 In a treat for local fight fans, organizers are putting together a card stacked with Australian and international talent.

Also in action, the always-exciting Moloney brothers, who both scored big wins at Marvel Stadium back in June.

Jason (24-2) will be stepping out in a WBC bantamweight title eliminator against Thailand’s Nawaphon Kaikanha (56-1-1).

Bouts and order subject to change

Haney (28-0, 15 KO) defeated Kambosos via unanimous decision in June to claim all four belts at 135 pounds. The bout agreement Haney had signed in March included a return fight in Australia for later in the year, and Kambosos exercised his rematch clause immediately after his loss.

Kambosos (20-1, 10 KO) had upset Teofimo Lopez by split decision in November to claim the undisputed lightweight crown after an exciting fight that saw both boxers hit the canvas before the final bell. But the 23-year-old Haney outclassed him during their match, using his jab to keep the fight on the outside and cruise to a lopsided victory.