Jake Paul has suggested that a rematch between Katie Taylor and Amanda Serrano should take place at a catchweight.

While he may not exactly be everyone’s cup of tea, there’s no way of denying that Jake Paul has made quite the impact in the world of professional boxing. In addition to accumulating a 5-0 record, with a meeting against UFC legend Anderson Silva on the horizon, Paul has also opted to test the waters with being a promoter.

He does so on behalf of Most Valuable Promotions with arguably his biggest project to date being the lightweight title showdown between Amanda Serrano and Katie Taylor that took place earlier this year.

Paul went on to suggest that many people he spoke to felt like Serrano should’ve been given the nod in their first fight. 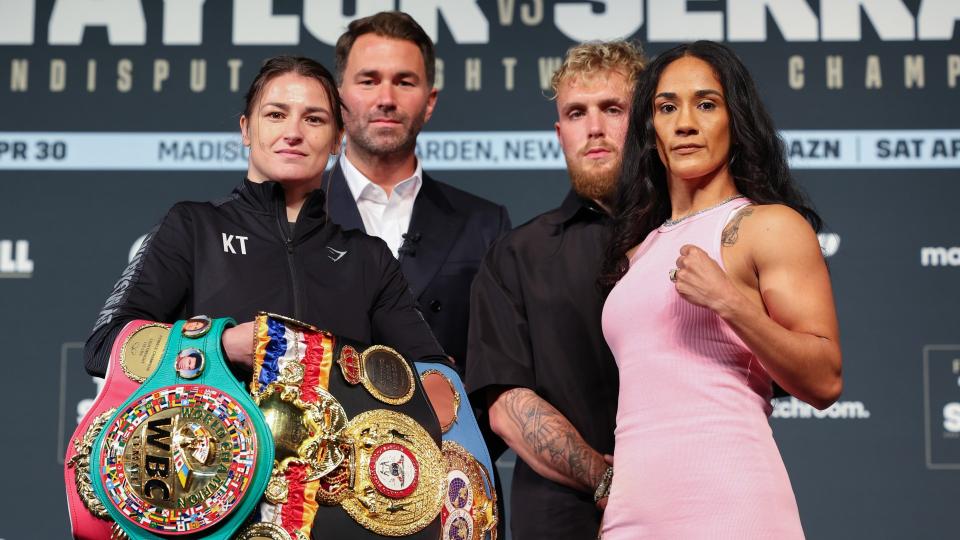 After falling to just her second defeat back in April, Amanda Serrano will return to the squared circle this weekend to battle Sarah Mahfoud for the WBC, WBO and IBF featherweight titles – in the division she’s ruled over for many years.

Taylor, meanwhile, continues to flirt with the idea of competing in Ireland for the first time since turning pro.