UFC and Bellator MMA veteran Chris Avila will compete against YouTube star Doctor Mike in a four-round, professional boxing match Oct. 29 in Glendale, Arizona, officials told ESPN. The contracted weight will be 185 pounds, and the pair will fight with 10-ounce gloves. An official announcement is expected to be made later Tuesday. 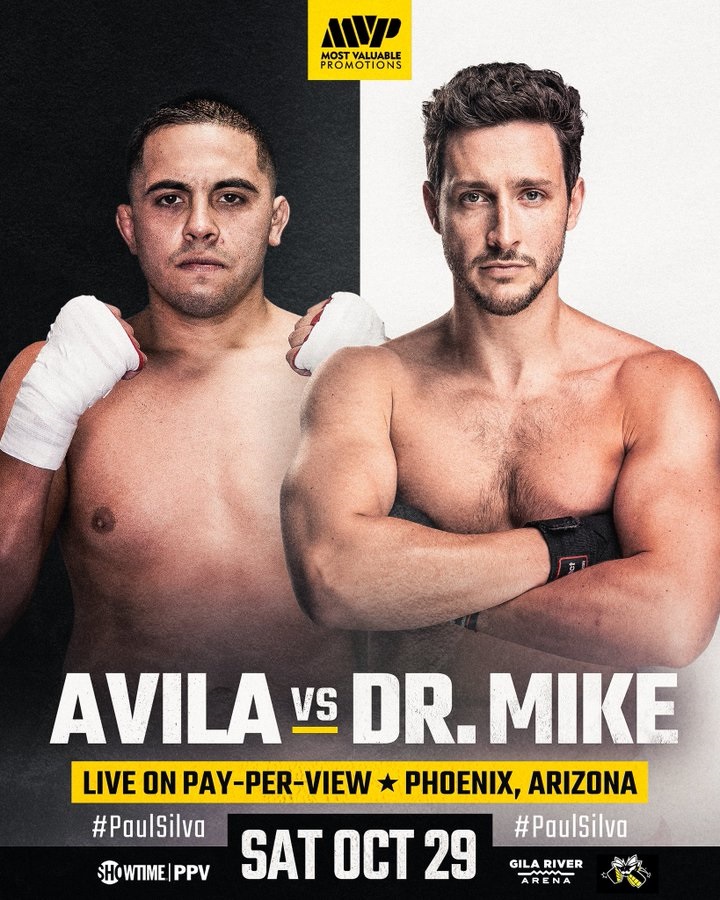 Doctor Mike, whose real name is Mikhail Varshavski, is a well-known social media influencer with more than 23 million followers across platforms and more than 10 million YouTube subscribers.

Varshavski competed in an amateur boxing match back in May, a unanimous decision win over YouTube personality Ian “iDubbbz” Washburn. That event raised $1.3 million for charity, and Varshavski donated his entire fight purse to Ukraine relief. For the Avila fight, Varshavski will donate his purse to the Boys & Girls Club, per officials.

“As a practicing physician, I’ve taken an oath to ‘do no harm,’ but when those ‘exam’ gloves come off and the boxing gloves slide on: all bets are off,” Varshavski said via a statement. “With one win under my belt, I’m hungry to add more. And this pro-fight with Chris Avila could be just what the doctor ordered.”

This will be Varshavski’s pro boxing debut, as he joins the likes of Paul as famous YouTubers competing against professional boxers.