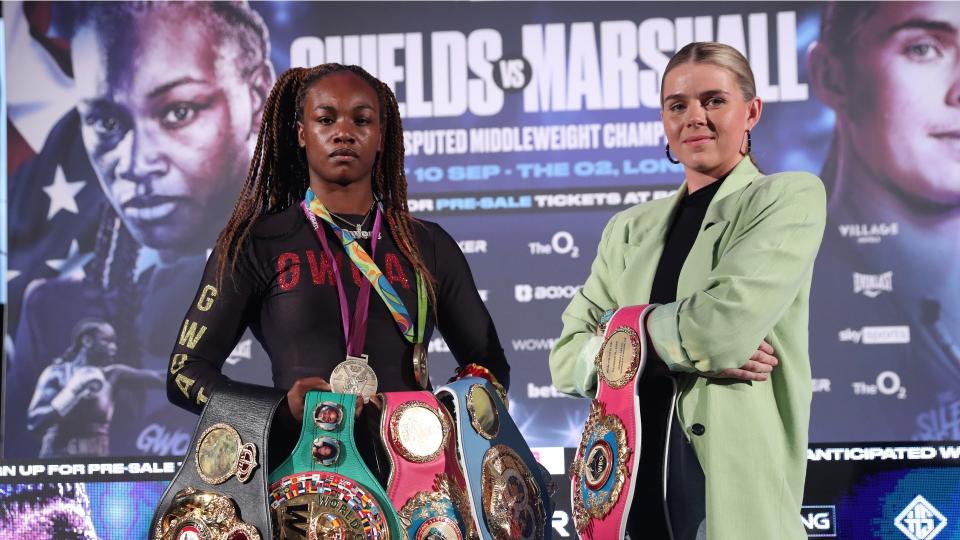 The fight was set to take place on 10 September but was postponed following the death of Queen Elizabeth II.

British Olympic champion Lauren Price is also on the undercard, along with her former amateur team-mates Karriss Artingstall and Caroline Dubois.

All tickets purchased for the original September date remain valid for the new October 15 date – existing ticket holders do not need to obtain new tickets.

The last remaining tickets – priced at just £25 – are available to purchase now via boxxer.com. Tickets in every other price bracket are now sold out.

Boxxer, Top Rank, Salita Promotions, ESPN and Sky Sports will all be co-promoting the massive boxing event itself.

Shields vs Marshall and all of the undercard bouts on the fight card will be streaming live and exclusively in the U.S. on ESPN+.

Boxing fans in the UK will be able to watch the full card on Sky Sports. This should be an amazing spectacle and thankfully, it is available as part of the standard Sky Sports subscription.

Usually, bouts of this level would be shown on PPV, but Sky will be offering the fight as part of the normal Sky Sports service on the Sky Sports Boxing channel!